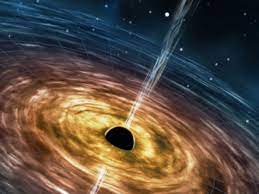 Time travel is a staple in sci-fi stories, novels, films and TV series. And, time travel is possible – in theory.

We all know about journeying to the future which we do at the rate of one second per second whether we like it or not. Apart from that, if one travels at close to light speeds relative to your place of origin then you can travel to the distant future (with respect to that place of origin) without aging an equivalent number of years (the twin paradox). Travel to the past is apparently allowed too, via the weird physics inherent in rotating worm holes and maybe Black Holes which is where Einstein’s general theory of relativity comes into play. The problem there is that relativity theory predicts worm holes, if they exist at all, will exist for nanoseconds and be very tiny to boot, and thus not very useful in the foreseeable future for the purposes of time travel. Because we don’t know exactly what the inside of a Black Hole is, and where it leads, if anywhere, current thinking suggests that jumping into Black Holes are a more useful means for committing suicide than for traveling to the past, but the jury is still out on that one.

Another favorite is you meeting yourself.

Say you’re 50 and not all that well off. You get the brilliant idea to travel back in time and convince your younger self to invest in some stocks you know will pay off big time later on down the track. And so it comes to pass that your younger self so invests, and becomes filthy rich, only, in leading such a high life, dies of a heart attack at the age of 45! Or you always regretted not proposing to the love of your life when you were young, and thus go back and convince your younger self to muster up the courage and do so. He does, but as they fly off on their honeymoon, the plane crashes with no survivors. Sometimes you don’t know when you’re well off.

Its paradoxes and situations such as the above that prompted Stephen Hawking to postulate that there is as yet an undiscovered law or principle of physics which prohibits time travel to the past – he calls it his ‘Chronology Projection Conjecture’. Since we have never seen, according to Hawking, to the best of our knowledge at least, any time travelers – tourists or historians – from our future, he’s probably right.

Relativity theory has passed every experimental test thrown at it, so the theory isn’t in much doubt and one can have a high degree of confidence in what it predicts, even if that prediction is currently beyond any experimental test. Relativity theory allows for time travel into the past, but, IMHO, only to parallel universes (otherwise known as alternative or mirror or shadow universes) where no paradoxes can happen.

Why only parallel universes?

Travel Risk Management: Are You Ready for a Crisis?

The New Face of Modern India in Travel...