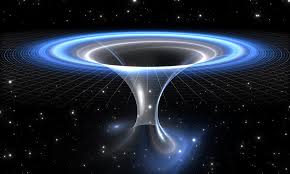 Another famous time travel paradox is the grandfather paradox, which basically states that if we were to say for instance, I travel back to a time before my parents were born and prevent my grandfather from meeting my grandmother. My parents couldn’t have met and thus, I would never have been born. So how could I have gone back in time to prevent my grandparents from meeting in the first place.

So we can see that time travel could be a bad idea, but let’s say we really want to go back in time, how would we do it? Well first we need to understand how time works.

Time is something we are all very familiar with, we all know what it is, but yet we can’t see it, touch it, we can’t seem to interact with it in any way, we can only observe it. Isaac Newton thought that time was constant and never deviated, which would of course make time travel impossible. Even Einstein believed it was impossible, yet it is his equations that make it possible. Einstein theorized that space and time are inexplicably linked in what he refers to as “space-time”. So in theory, if I was to warp space with something extremely powerful like a black hole, I would also be warping time. While this appears to be true and scientists continue to explore its possibilities, the real possibility for time travel, seems to be in his other theory; Relativity. In fact time travel using relativity isn’t just a theory, it’s actually been done, several times! Now you probably think I’m crazy but the secret seems to be in going extremely fast.

According to Einstein’s theory of general relativity, no object with mass may travel faster than the speed of light, which is an astonishing 299,792,458 metres per second in a vacuum (that’s no air). That’s an incredible 1,080 million kilometres an hour! So according to General Relativity, we can only travel at 99.99% the speed of light. But lets say for instance that I’m sitting at the back of a plane travelling at the speed of light and I walk to the front of the plane from the back at a rate of 10 kilometres an hour. I’ll leave the equations out of this, but that would mean that my speed plus the speed of the plane would mean that I’m travelling at 1,080 million and ten kilometres an hour, which is 10km/h faster than light, right? Wrong. According the theory of relativity, time would actually slow down for me to prevent me from travelling faster than light. Sounds weird doesn’t it.

Of course this scenario would never happen in real life, as I have already said we can’t travel at or faster than the speed of light. In fact you would need more than an infinite supply of fuel to travel faster than light, which is obviously impossible.

So then what is relativity?

Einsteins theory of relativity basically states that if I’m driving down the road at 50km/h and drive past someone standing on the side of the road, to them I would appear to be travelling at 50km/h, I’m sure you already know this. However to me in the car, they too would travel past me at 50km/h. But then if someone where to drive beside me in another car travelling at 50km/h, to them I would appear to be completely stationary. Hard to believe? It’s the same thing that makes it look the car driving beside you on the highway sometimes seems to be floating just outside your window. I’ll leave the complicated equations out of this for now, but you can use simple addition and subtraction to confirm this theory. If you’re travelling in the same direction as the object you’re observing, in this case the other car, you subtract your speed from theirs. So 50km/h minus 50km/h is equal to 0km/h. so they would appear to be stationary. If we’re traveling in the opposite direction we add our speed to theirs. So 50km/h plus another 50km/h is equal to 100km/h. So if we drove past the other car at the same speed in the opposite direction, they would appear to be travelling at 100km/h.

So how does all this work, and more importantly, how did they actually manage to travel through time? Well as it turns out, the faster we travel, the slower time will pass. This was proven when scientists placed an atomic clock, which is an extremely accurate clock down to one billionth of a second, on the space shuttle and observed it its behavior. Before launch the clock was perfectly synced with another atomic clock here on earth, and once the shuttle had returned to earth they put the two clocks together. They then discovered the clock from the shuttle was slightly behind the clock that remained on earth. meaning time had past slower for the clock on the shuttle than the clock that remained on Earth.

So basically astronauts are in fact also time travellers.

Sergei Krikalev, the current record holder for the longest time spent in space (about 804 days or 2.2 years) is actually half a second behind the rest of the world. furthermore, scientists have actually calculated that if we could orbit the Earth at 99.99% the speed of light for 7 whole years, we would actually land back on earth 500 years in the future. This effect is known as Time Dilation. What a spectacular realisation! Time travel may actually be within our reach after all. The only problem is inventing a machine or vehicle capable of travelling that fast. Unfortunately it looks like that might be just out of our reach for now. We would actually need the power of a whole star to get to that speed.

How To Ask For Tech Support The Right Way

The New Face of Modern India in Travel...